Images were taken during the actual event 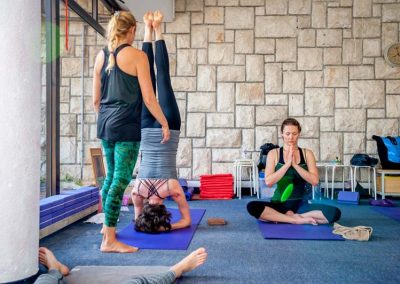 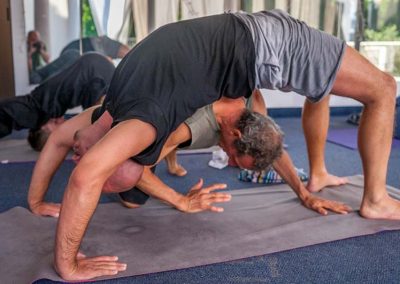 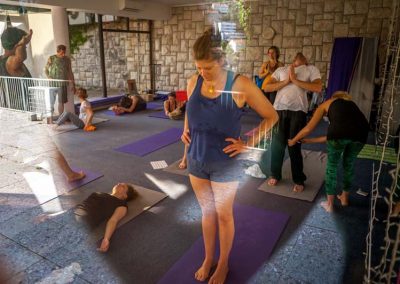 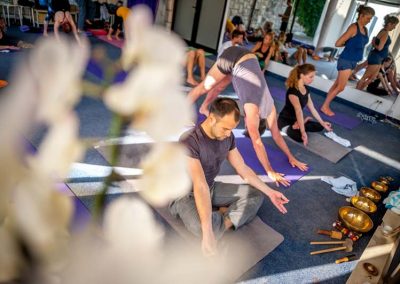 We Du Yoga is honored to re-host two beautiful souls and amazing Ashtanga yoga teachers Kirsten Berg and Mitchell Gold on their third visit to Croatia. Join us this July in Dubrovnik for five days of intense exploration of the traditional Ashtanga yoga approach to practice, in a very intimate, semi private setting of max. 13 participants and under the experienced, skillful and compassionate guidance of two Level 2 authorized teachers.

For all your further inquiries about reservations and payment details please e-mail us: info@weduyoga.com

Mitchell will be holding Structural Bodywork workshops on Saturday 28th and Sunday 29th during the afternoon hours. The workshops can be combined with the Ashtanga yoga program or attended separately.

After completing university studies (Classics/Latin), Kirsten began exploring yoga asana on a trip to India in 1993. A few years later, she moved to India with a one-way ticket and intention to find a yoga practice that ‘spoke’ to her.

She found inspiration along this journey with yogi Clive Sheridan, and technique at the Iyengar Yoga Study Center in Rishikesh with Rudra Dev. In 1996, she started ashtanga with Rolf Naujokat knew this was the practice for he; she became Sri K. Pattabhi Jois’ student 6 months later.

Kirsten received Guruji’s blessing/authorisation to teach in 1999, and is one of few students in the world to study the Advanced ‘A’ series directly under his, and Sharath’s, guidance. She was also one of the last students to study the separate ashtanga pranayama sequence with Jois.

Kirsten and Rolf moved to Southeast Asia from Goa in 1999, where they taught seasonal classes in Ubud, and started the first ashtanga program in South Thailand (2001), known as Ashtanga Yoga Koh Phangan, which she still runs.
Kirsten is also an artist and shows her work annually at Burning Man.

Mitchell first came to India in 1979 to deepen his knowledge of ‘spiritual pursuits’. He went back to the west to finish his degree at Wharton and pursue business and bodywork.

After years of searching for the right practice, he began ashtanga yoga in 2000, and has been a dedicated practitioner ever since. Mitchell received Guruji’s authorisation to teach in 2003. Mitchell also studied intensively (3 yrs) with senior teacher Dena Kingsberg in Australia in addition to his yearly studies with Sri K. P. Jois.

Mitchell is also a talented and knowledgeable bodyworker. He is certified as an Advanced practitioner of Structural Integration, also known as “Rolfing”. Mitchell started studying different bodywork methods 35 years ago (Swedish-Esalen, Traeger, Thai) and has focused on the “Rolfing” method for the last 15 years . He is available for sessions upon request. Mitchell also runs “Intro to Bodywork” and Introductory Rolfing courses worldwide. Find out more about his work in bodywork on this website http://www.structuralbody.com/
Mitchell will also offer Rolfing treatments to anyone interested

*more info about Kirsten and Mitchell can be found on their website www.ashtangazone.com 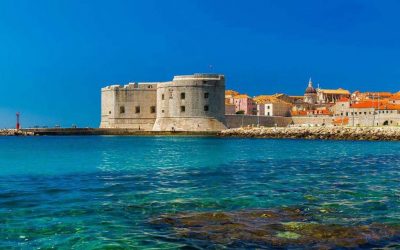 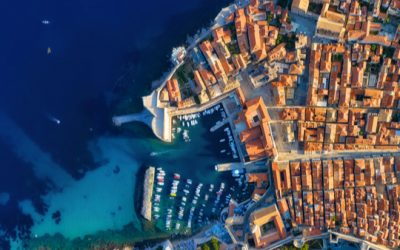 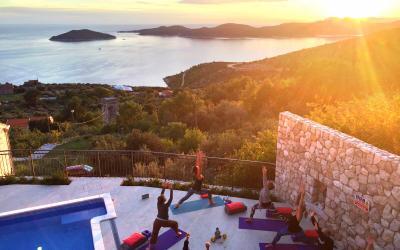 A break with your family. Your friends. Or just the two of you.
If you believe holidaying is about reconnecting with yourself, being playful, creating lifelong memories, eating great food, discovering new cultures and doing all of this in a state of complete relaxation, at your own pace, with zero stress, this yoga holiday is unquestionably the right place for you. 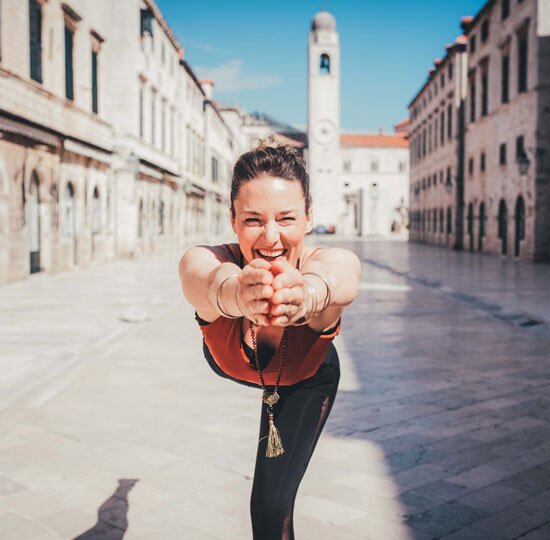